May be this is the best time for Microsoft to Open Source the .NET Framework 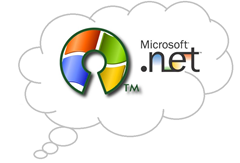 Just read a thoughtful post from OdeToCode / Scott Allen – Where is .NET headed.

If your business or company still relies solely on components delivered to developers through an MSDN subscription, then it is past time to start looking beyond what Microsoft offers for .NET development so you won’t be left behind in 5 years. Embrace and support open source.

At least, that’s how I see things.

As I commented there, the best move Microsoft could make at this point, with respect to .NET is - to Open Source the .NET Framework. And then launch a program like Apache Incubator around to promote ‘real’ OSS initiatives around the .NET ecosystem.

I believe, the real problem with .NET ecosystem is the unavailability of serious frameworks for solving new age problems - .NET developers are cramped with the non-availability of Proven libraries for Machine Learning, Distributed Processing, Text Processing etc. - Talk about Hadoop, Solr, Lucene, Mahout, Storm, OpenNLP etc - All written in Java and is continuously maturing, despite the fact that Sun started screwing the Java community. The .NET ports for some of these libraries bit the dust long time back, or has very little adoption compared to their prominence in Java ecosystem.

Microsoft is now trying to bridge this gap by bringing in platforms like Hadoop to Azure, and building bridges around the same for .NET interoperability.

CLR and C# are awesome - but MS just can't push forward the development of mature libraries around the same to keep up with the pace of OSS initiatives. The true future of .NET lies in the hand of OSS community at large. Hopefully, if Azure turns out to be a big success story, then Microsoft won't mind open sourcing the Entire .NET stack ;). As Scott pointed in his article,  Azure and related hosted offerings (like Office365) + Windows 8 could become the focus points for Microsoft’s revenue.

It is heartening to see that a number of frameworks like ASP.NET MVC, MEF, EF etc already got Open Sourced. But Microsoft can do better in the OSS world to ensure .NET ecosystem will grow further. I believe a lack of buy in from OSS community at large is there –and Microsoft could reduce the friction a little bit by open sourcing .NET.