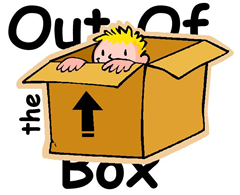 Who won’t love adventurous, out of the box hacks and prototypes? The joy of being a developer is to experiment with hot new ideas, and to do things others haven't done yet. For a developer, a hack is a source of joy - just as a poet who finds his real joy in unleashing his creativity, than in selling the same to others.

In modern computing terminology, a "hack" is a solution to a problem, doing a task, or fixing a system (whether hardware or software) that is inefficient, inelegant, or even unfathomable, but which nevertheless (more or less) works.

Here are few super cool hacks I explored and found in the last couple of weeks.

Node.Js Running on top of Azure

Paul has experimented with Node.Js and Azure, and wrote a couple of posts on running Node.Js on Windows Azure. And I got interested because Node.js is among the new cool kids in the town, and looks pretty interesting

Node.Js is an Evented I/O for V8 JavaScript.

An example of a web server written in Node which responds with "Hello World" for every request.

Have a look at the post from Paul here. Also watch out for this Session from Steve Marx on running Node.Js, Python, PHP etc in Azure http://channel9.msdn.com/Events/MIX/MIX11/SVC04

Evoluce has released a video that shows leveraging Kinect for controlling the Windows 7 UI using Kinect. The hack is pretty awesome, it simulates almost all mouse movements, and to some extent, multi touch and features like that.

Sounds interesting? You may also checkout http://kinecthacks.net/tools-and-resources/ to see a great list of tools and resources to start doing your own Kinect hacks. They’ve a cool list of various Kinect hacks. Also, recently there are few more interesting Kinect hacks in response to Gmail Motion Prank .

You may Watch the videos of those Kinect based hacks in response to Gmail Motion prank http://goo.gl/EtYcN by ICT and http://goo.gl/8JC2zy by Ramaprasanna here

Let me shamelessly plugin this hack here. Over the weekend, I just put together a hack for pumping WPF windows over Websockets and rendering it using HTML5 canvas – also with basic mouse input support. For each user connecting to the server, a new window instance is created, and screen will be pumped over web sockets to the browser as base64 encoded images. These images are painted on an HTML5 canvas. Have a look at the same here

You may see that the mouse input on top of the canvas is pumped back to the server, to simulate mouse events, and the results are refreshed in the browser. Have a look at the post and source code here.

IndexedDB is a draft Web specification for the storage of large amounts of structured data in the browser.  View details.

The IndexedDB API is currently being standardized by the W3C Web Applications Working Group. IndexedDB can be used for browser implemented functions like bookmarks, and as a client-side cache for web applications such as email.

WebSockets is a technology designed to simplify much of the complexity around bi-directional, full-duplex communications channels, over a single Transmission Control Protocol (TCP) socket. It can be implemented in web browsers, web servers as well as used by any client or server application. The WebSockets API is currently being standardized by the W3C Web Applications Working Group and the protocol is being standardized by IETF Hypertext Bidirectional (HyBi) Working Group.

This is a very interesting project using .NET Micro Framework and Netdunio to control water heater temperature based on weekly usage patterns. The article is there at Coding4Fun blog

The application is built on the open source 'netduino.helpers' library which provides a set of hardware drivers written in C# targeting the netduino family of .Net Micro Framework micro-controllers.

NetDunio is an open source electric platform using Microsoft .NET Micro Framework, and if you want to hack on that, go get the resources and tools here. http://www.netduino.com/downloads/ resources.