Microsoft, isn't it a good idea to have a Silverlight OS against Google Chrome OS?

Before we begin - these are few random thoughts and speculations on the possibilities of having a Silverlight Operating System.

If Google can think about an Operating System on top of Linux + Chrome, why Microsoft can’t think about a Silverlight OS, probably on top of MinWin? Especially for Atom PCs, Handheld devices, IP TVs etc. This might be already there in the cards – I don’t know. Just want to take a step back and see what all revelations are happening around the Silverlight + Cloud technology stack, and where that may lead us (the Microsoft developers).

From Net Books To Mobiles To IP TVs 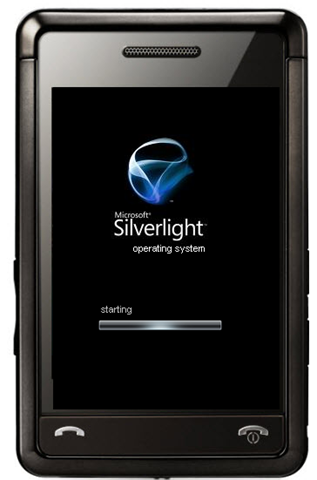 Silverlight has emerged a lot in the last couple of years. As I see it, the investment going towards improving Silverlight in an astonishing speed has various reasons.

Recently, I’ve seen a lot of posts about Microsoft’s ‘foolish strategy’ in the Mobile space. And the recent Windows Mobile 6.5 wasn’t a revelation. How ever, I don’t think Microsoft is just concentrating on revamping their mobile OS alone. Of course, the story goes like Microsoft is completely rebuilding their Mobile OS – but along with that, it seems like a considerable investment is also flowing towards porting Silverlight runtime to various mobile platforms, and probably building a new generation apps on top of the Silverlight + Services stack.

I won’t be surprised if Microsoft will announce Silverlight support for few leading mobile platforms in near future (Symbian? Android?) , along with the Windows Mobile 7.0 release.  And along with that, Silverlight platform is also about to get a whole lot of exciting new features with the 4.0 release – including extended out of the browser capabilities, support for Microphone and Cam etc – and you can easily see Silverlight is going to be ‘the platform’ of choice for development in near future, for disconnected apps.

So naturally, when all these things click together, it’ll be of great appeal to the existing Microsoft developers.

Recently Google released Chrome Frame, to ‘enable open web technologies’ in Internet Explorer. Microsoft, on the other side, announced ‘official’ support for Silverlight on Google Chrome. Just as Microsoft need to push Silverlight to various platforms to increase the adoption of their .NET stack, it is Google’s necessity to push their high performance Java Script run time to opponent platforms.

Observing from another perspective, Google is moving ahead with JavaScript as the primary choice for client side development, complemented by frameworks like Google Gears + their high performance V8 engine that is included in Google Chrome and Chrome Frame. And Microsoft is moving towards a unified .NET stack.

How ever, as we all know “building, reusing, and maintaining large JavaScript code bases and AJAX components can be difficult and fragile” – and this is a gap Google is trying to iron out with Java based frameworks like Google Web Kit.

How ever, Microsoft’s Silverlight platform has a definite edge, because of it’s enhanced media and streaming capabilities, support for a rich development platform, and ability to seamlessly interact with the cloud and application services on top of that (Remember the Live, CRM and SharePoint services). And as I see it, the idea of a ‘Silverlight OS’ will become a real hit – not just for net books, but even for devices like IP TVs, hand held devices and so on.

A Note on Live Mesh

If you’ve noted, Live Mesh desktop is already there – it is a kind of online desktop, and you can use it across your devices, if your device supports Silverlight runtime. And you may even use the Live Framework SDK to develop applications/gadgets for your Live Desktop, I just scratched the surface of the SDK over last weekend.

How ever, when it comes to portable devices, I think it makes sense to have a ‘bootable’ Silverlight OS, with a built in desktop, and few utility apps. And vendors can even build their shell apps by consuming the rich UI framework of the SL runtime. And I’m sure that a lot of vendors might be interested to provide net books that hosts only customized apps for their on field employees (probably with cloud as the back end) on top of the light weight Silverlight stack.

And finally, from Microsoft’s point of view, such an OS can really unify the user experiences across devices including Zune, Windows Mobile etc. Platform teams can just focus on porting the run time to specific devices, while high level user facing applications can be developed on top of the Silverlight platform. So I guess, a natural evolution for Silverlight will be, towards a stand alone, light weight OS for mini devices!!

To conclude, these are few random thoughts and speculations, mixed with a little bit of imagination– never mind too much!!